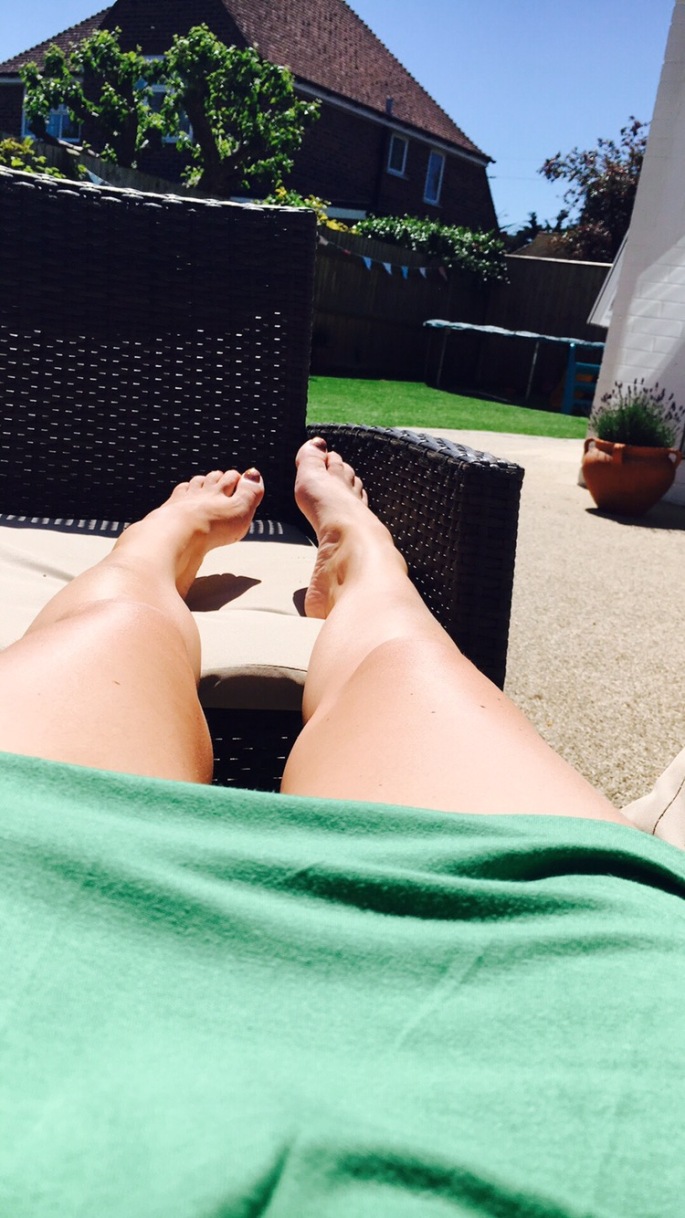 I’m a slap dash kinda girl at heart, fads fly in and out of my life. (Although that’s not strictly true of the ‘Let’s have a baby’ fad, I’m still well and truely in the midst of that fleeting idea).
Hair extensions were an interesting fad – expensive, and created a nest effect at the nape of my neck somewhere between my scalp and those tiny bonds. It wasn’t a pleasant craze to live with, however the flicking of ones locks over ones shoulder was most satisfactory al la Cher off of Clueless… for a time.

Anyway, I have a new fad I want to tell you about, a progression I suppose you could call it. A definite move towards middle age perhaps? The garden. My garden. Or ‘Outside Room’ as those exterior designers like to refer to it.
This is entirely new territory for me. The only time I used to visit the garden centre was at the end of the school holidays when we’d run out of money and I’d pass it up as a fun day out to play in the wooden houses that we wouldn’t be buying. Or to look at the bunnies in their teeny cages. At Christmas time we like to just go and wander the decoration aisles taking in the tat n sparkle. Oh we have all the fun in our household.

I’m not really sure why my attention has moved in the direction of our ‘outside room’. I have been obsessive about covering our ugly fence since we moved in 5 years ago, I haphazardly planted a few clematis, (spelling that carefully) and thought they would just grow evenly and beautifully just like they did in proper grown ups gardens, who are well seasoned at adulting.
It turns out that there is a little more to it.

If someone had suggested I kept my perennials moist a few months ago, I may have thought of them as a bit pervey. I did raise some eyebrows at the garden centre when I asked Barbara of Shrubs to point me in the direction of her hardy Perineum.

I thought my growing addiction to all things green was just me. But this spring I have seen more Facebook updates concerning blossom than newborns. More lavender pots than ice cream faced tots and more ‘look at me on my new rattan BBQ set’ than new Prams.

I’m entering a new era, and it seems my friends are coming along for the ride as well.
Just last week one of my coolest, least ‘homey’ friends (No offence S!!) came right out and uttered a sentence which I had never expected to leave her lips,

“Can we just talk about our Clematis Montana?”

Once I’d managed to get past the shock of this lingering question, we sat for the next half an hour swapping not only tips for teasing tentacles along a wire, but we cooed over each other’s floral photos – that just so happened to be on our phones.

Clematis Montana you woody, hardy, white flowering delight – you are the subject of our new Prosecco n skinny popcorn chatter.

We confided in each other that we like to nose over the fence of other people’s gardens and squealed in delight when we discovered we share the same ‘favourite climbing rose’ -which is freaking unbelievable I’ll have you know, outside a front door on the way to school.  Pink big blooms, climbing all around the doorway: Rose Di Caprio 😉

So it seems playground gossip (of which there is always a constant steam of, I might add!) and boys, well husbands now more than boys I suppose, are a thing of the past.
I’m not sure this is going to work out to be a cheaper fad than my past infatuations. The garden still has plenty of space to add too! I do wish the names of plants were slightly easier though.  I did Latin at school, and even that isn’t helping me to understand these ostentatiously long names. It’s highly pretentious, Garden Snobbery. I’m still very much of the ‘tall pink thing’ vocab. It’s a whole new world out there, and I have whole lot to learn!
﻿
There is an upside to this green fingered lark – the last 24 hours has seen a deluge of rain. Moan I did not:
“RAIN” I exclaimed, “That will save me having to get the hose out!”
Who am I, and where did I hide my cool?! 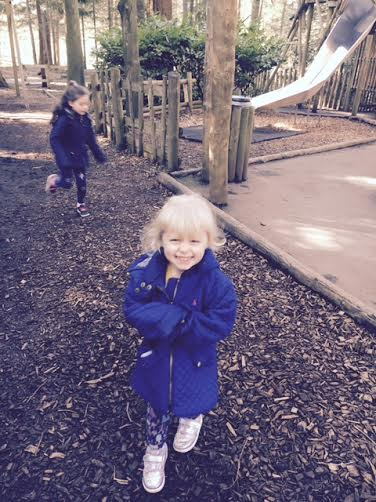 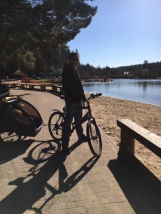 We have just come back from our debut family weekend trip to CentreParcs. Here are my top hacks I’ll be referring back to for next time – and yes, there will be a next time: Toddlers are not aliens here. 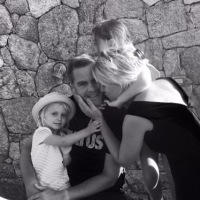 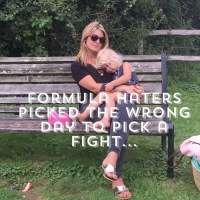 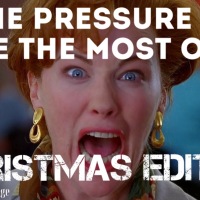